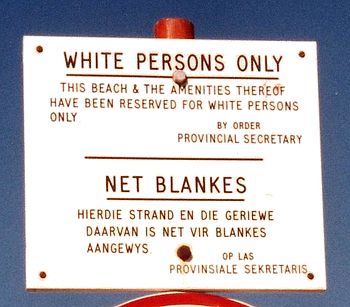 Looking back I think my journey to reconciliation ministry really began in September 1989 in a corrugated tin classroom in downtown Kingston, Jamaica. I was on the island for a gap year in the midst of my theological training and based near the University of the West Indies campus at Mona to the east of the city.

Jamaica is a truly beautiful place and for good reason its inhabitants are known around the world for their laid back nature and relaxed approach to life – that and the fact that when a gun goes off they run faster than anybody else on the planet! But behind their celebrated national characteristics there is also a cultural toughness that has been birthed from the soil of hardship and suffering in which the island state has grown.

No doubt partly because of this very fact, in September 1989, Kingston was chosen as the venue in which to present an international peace award to Archbishop Desmond Tutu, the well-known Bishop of Johannesburg. Apartheid was still in place and thus Tutu could not be there to collect it himself. The South African government had revoked his passport. Instead the award was to be presented to a white South African involved in the anti-Apartheid movement who would receive it on the Archbishop’s behalf.

To be honest, most of us were a little skeptical about our guest lecturer. He was, after all, a South African white guy. How could he represent the oppressed in that land? But with his very first words he absolutely got our attention. “Let me begin by stating,’ he said, ‘that one of the primary reasons South Africans feel they must oppose this terrible sanction on human existence that exits within their nation, is so that their white brothers and sisters can be freed from the tyranny of Apartheid.’

I was in a class of about thirty students where I was the only other Caucasian. As I did my own double take, I could see it echoed in the faces of the students around me. Had he really meant what he had just said? It was not the whites who needed to be freed from Apartheid. They were the beneficiaries of it! It was the blacks who needed to be freed! And just as we were all gearing up to raise our hands and correct him, he quickly followed by saying, ‘You see, the gospel proclaims to us that you cannot hold someone in the gutter without being there yourself. Thus the liberation we are advocating in South Africa is a liberation needed by us all. It is out of love that we call white South Africans to dismantle Aparteid and free themselves, as well as black South Africans, from its cruel regime.’

For more than ten years I had been struggling with my response as a Christian to the sectarianism of my own land. Like so many I wanted to see peace, to work for and know freedom. But what more was there for us to bring than what we had all already tried? What more did the gospel have to say in the midst of our three decades of division and pain that we hadn’t heard a hundred times already?  Suddenly, it seemed very clear to me that I had just heard at least one more thing.

At its best, and without wishing to ignore the significant problems that remain, South Africa’s response to Apartheid was a calling of its people to give themselves so that all in their land could know liberation – so that white and black together could be free. They were advocating on behalf of every tribe – including those who were the source of their oppression. This decision to seek the freedom of all was the secret that lay behind their Christian response to Apartheid and, I finally understood, is the secret that lies behind a Christian response to any conflict.

Tribal advocacy is very much the norm in our world’s religion and politics but, as followers of Jesus, we are called always to this higher goal. Carrying the cross means that we, too, must be willing to pay the price  for justice and equality to come to the other as well as to ourselves. In the pattern of Jesus, we, who are the wronged,  must take the first steps towards reconciliation. It is we who are oppressed who are called to act for the freedom of the oppressor.  And the cost of such forgiveness is borne by us. Anything less than this approach denies the pattern of the cross and misses out on the true wonder and power of the Gospel message. As He has loved us, so we must love one another.